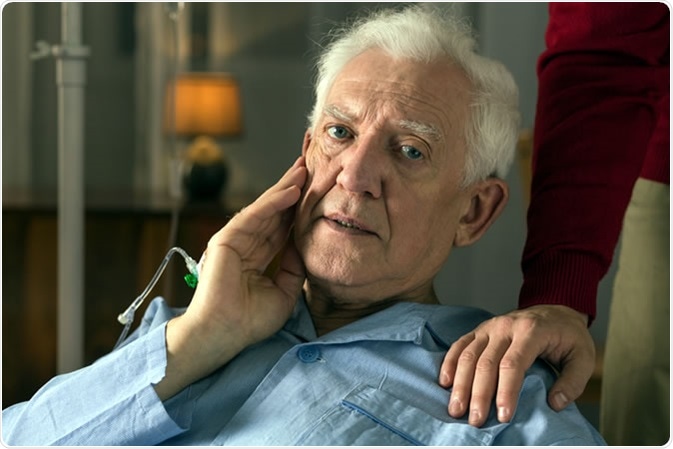 Can Depression Increase the Risk of Dementia?

Depressive symptoms including clinical depression is a major symptom of dementia, but also a major predictor of dementia in later life. With depression, the time course also varies significantly with some patients only having transient depression with full remission, whereas others may have remitting and relapsing depression over many years. Some people, can experience chronic depression, although this is rarer. All these different types may have different predictive outcomes for health in later life.

A major study (published in the Lancet Psychiatry in 2016) assessed around 3,300 depressive patients with varying forms (e.g. remitting trajectory vs increasing trajectory) with matching of age, sex, education, BMI, MMSE scores (dementia scores all being zero, or low at the start), alcohol consumption and comorbid disease status (e.g. diabetes). In the study, the investigators found that people with increasing depressive symptoms (high trajectory) was consistently correlated with a higher risk of developing dementia. However, those who experience depression with a less severe but continuing symptoms were not found to be associated with an increased risk of developing dementia.

However, another large-cohort study (published in JAMA Psychiatry in 2017) assessing over 10,000 people concluded that early-life depressive symptoms (even when chronic) did not increase the risk of developing dementia. The major difference between the two populations used in the respective studies was that in the first study (Rotterdam cohort) there were more women than men, whereas in the second study (Whitehall cohort) there were more men than women. This may explain the differing conclusions as women tend to have a higher incidence of both depression and dementia.

Both studies found that prolonged depressive symptoms in later life (in the decade before dementia onset, and not earlier) are good predictors of increased dementia risk. Other studies have also found similar associations such that having depression in later life can double the risk of developing dementia. Whether this is because the early pathology of dementia is causing depression, or depression is contributing to the onset of dementia is still to be investigated. It is known that the pathology and mechanisms involved in both dementia and depression have many overlaps, including immune system dysregulation, impaired antioxidant defence and vascular involvement.

Can Anxiety Increase the Risk of Dementia?

Anxiety (or generalised anxiety disorder) is the prolonged feelings of unease, worry and fear that is uncontrollable and not appropriate for many situations. This is different to general acute feelings of anxiety that can be attributed to a particular situation or event (e.g. worried about an exam). Both forms of anxiety can be incredibly distressful and generalised anxiety disorder can impair daily living. Anxiety can also present with physical symptoms of insomnia, impaired concentration, dizziness and heart palpitations (panic attacks). There is much overlap between stress and anxiety, however, stress generally refers to the experience caused by an existing stress factor, whereas anxiety is the stress that persists for time, sometimes well after the stress factor is gone.

Prolonged anxiety can have long-lasting effects on the body (by increasing stress levels), and is known to affect the brain negatively. See Stress and Alzheimer’s.

A systematic review (published in BMJ Open in 2018) of over 29,000 patients found that there was a strong association between clinical anxiety disorder in midlife and the development of dementia in later life. This research stringently excluded studies who did not control for depression therefore excluding anxiety-depression comorbidity. Again, with depression, the biggest association was found to be in people who had anxiety at least 10 years prior to the onset of dementia. However, further analysis also found that there was still a strong association between high anxiety and dementia when longer intervals were investigated.

In summary, there is an association between midlife anxiety, depression and the onset of dementia. There may be many common neurobiological pathways linking psychiatric risk factors of anxiety and depression and that of dementia onset. These may include abnormal stress responses leading to enhanced neuronal ageing, neurodegeneration, and impaired neuronal plasticity. These are all hypothesised mechanisms and more evidence is needed to link these mechanisms to psychiatric risk factors and dementia.

Based on these associations, it is reasonable to hypothesise that reducing midlife anxiety and depression through modifiable factors and pharmacological treatment, could in part, reduce the risk of dementia onset later in life. However, dementia has many other major risk factors including cardiovascular disease, type-2 diabetes, altered microbiome, gum disease, gender and genetic factors such as APOE4. In combination with the above factors, the added psychiatric risk factors in midlife may exacerbate the development of dementia, and modifying lifestyle and seeking help could reduce the risk. However, these associations are not evidence of causality and there may be many other factors at play.

The Court of Appeal has overturned a High Court finding that applicants for Irish citizenship must have “unbroken” residence here in the year before they apply.

EVERYTHING BUSINESSES NEED TO KNOW ABOUT FOREIGN DIRECT INVESTMENTS.

Benefits of Foreign direct investment to the recipient country.

Get Expert Help With Press Release Services Through TOP.

4 Reasons All Freelancers Should Be Working With TOP.

Where To Find Some New Ebooks To Read.

2 Reasons All Online Reviewers Need To Be With TOP.

4 Benefits For Online Advertisers Who Join With TOP

2 Reasons that TOP is Supreme for Content Creation Services.

3 Ways to Get Great Online Reviews.

Shares of Nintendo tumble after it announces a delay in a closely watched video game.

The French patients ‘cured’ with wine.