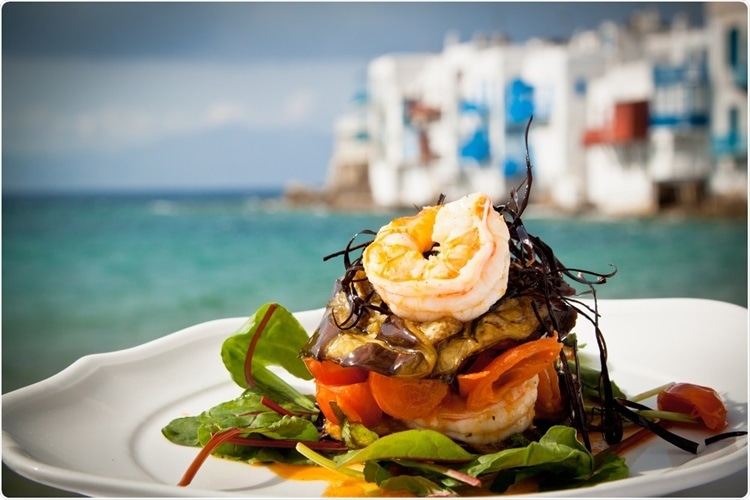 A new study has added to the existing evidence that a healthy and balanced diet could help reduce the symptoms of depression. The study titled, “A brief diet intervention can reduce symptoms of depression in young adults – A randomized controlled trial”, was published this week in the latest issue of the journal PLOS One.

The researchers found that a diet comprising of plenty of fruits and vegetables and fresh products as opposed to processed foods could help people with depression. Following a Mediterranean style diet for just three weeks was associated with a decline in the depression score in a group of young adults. These participants with moderate depression came down to normal range with no depression and lower levels of stress and anxiety.

The authors wrote that there is evidence that depression and poor diet choices go hand in hand. They explained that to date there has been only a single randomized controlled trial that studied the effects of dietary intervention on depression symptoms.

No studies of this kind have been performed on young adults, say the researchers. This age group is particularly vulnerable to anxiety, stress and depression as well as poor diet choices.

For the study, the team included 40 participants each (a total of 101 participants) was recruited in the Diet Group or control group. These participants were aged between 17 and 35 years and had a score of 7 and over on the Depression, Anxiety and Stress Scale-21 Depression subscale (DASS-21-D). They had been diagnosed with moderate or higher depression symptoms.

They also had a score of over 57 on the Dietary Fat and Sugar Screener (DFS) indicating a poor diet. Those who were on antidepressant treatment or psychological therapy were included only if they had been on the medication or therapy for two weeks prior to the inclusion in the study.

Participants were tested for compliance with their diets using self-report questionnaires and spectrophotometry. Skin yellowness could estimate the amount of “flavonoids (chemicals from fruit and vegetables) in their diet” wrote the researchers. So in addition to questionnaires on diet adherence, they also used a spectrophotometer to see the colour of the palms of the hand of the participants.

Results showed that the Diet group had lower self-reported depression symptoms on the CESD-R and DASS-21 depression subscale compared to controls. Three months after the study the participants were followed up using phone calls and the low depression scores were maintained in the Diet group. The scores among the control group remained similar at the end of the study.

We were quite surprised by the findings. I think the next step is to demonstrate the physiological mechanism underlying how diet can improve depression symptoms. Highly processed foods increase inflammation… if we don’t consume enough nutrient-dense foods, then this can lead to insufficiencies in nutrients, which also increases inflammation.”

Francis explained that the Diet group was eating six more servings of fruits and vegetables per week and she added, participants “who had a greater increase in fruit and vegetable intake showed the greatest improvement in depression symptoms.”

President Trump on Wednesday refused to hand over documents to Congress detailing the administration’s decision to add a citizenship question to the census, claiming they were protected by executive privilege.

The True Benefits of Online Reviews.

Where To Start For Trying To Make Money Online As A Trender.

THE ROLE OF SOCIAL MEDIA IN ONLINE LOBBYING.

3 Reasons to Consider TOP for Any Press Release Project.

The Use of Demographics and Psychographics in Digital Marketing.

Finding Someone To Handle Press Release.

Looking for New Ebooks To Read With TOP.

5 Reasons To Get Online Reviews Done With TOP.

2 Ways To Get More Results With Your Ads.

One Step To Getting Great Online Reviews.

4 Reasons to Go With TOP When Searching For Translation Service Help.