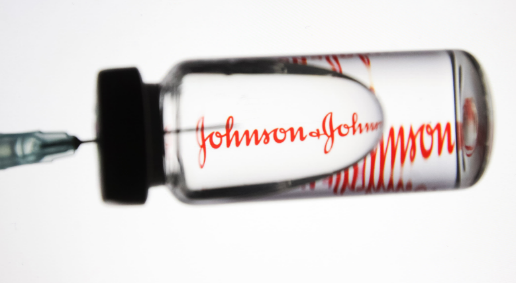 The Food and Drug Administration’s staff endorsed Johnson & Johnson’s Covid-19 vaccine for emergency use, a critical step in bringing a third shot to the U.S. marketplace.

The staff report released Wednesday is meant to brief the FDA’s Vaccines and Related Biological Products Advisory Committee, which will meet Friday to review J&J’s request for emergency use authorization.

During similar requests by Pfizer and Moderna, the agency authorized those companies’ vaccinations one day after the committee of outside medical advisors backed emergency use authorization. The committee is expected to recommend J&J’s vaccine. The FDA doesn’t have to follow the committee’s recommendation, but it often does.

The FDA staff said it determined that the clinical trial results and safety data were “consistent with the recommendations set forth in FDA’s guidance Emergency Use Authorization for Vaccines to Prevent COVID-19.”

J&J submitted its Covid vaccine data to the FDA on Feb. 4. The vaccine’s level of protection varied by region, J&J said, with the shot demonstrating 66% effectiveness overall, 72% in the United States, 66% in Latin America and 57% in South Africa, where the B.1.351 variant is rapidly spreading. However, the FDA staff documents show the vaccine was 64% effective in South Africa after about a month. The company said the vaccine prevented 100% of hospitalizations and deaths.

No specific safety concerns were identified when analyzed by age, race and comorbidities, according to the agency. There were no reports of anaphylaxis, a severe and potentially life-threatening allergic reaction, according to the report. The FDA said the most common side effects reported were headache and fatigue, followed by muscle aches, nausea and fever.

Vaccine effectiveness was similar across age, race and people with comorbidities, the FDA staff said. However, the effectiveness appeared to be lower in people who were 60 years or older who also had comorbidities, like diabetes or heart disease, the agency said, adding the efficacy rate was 42.3% about a month after getting the shot.

The news comes as the Biden administration works to ramp up the supply of doses after states complained that demand for the shots was rapidly outpacing supply. Roughly 44.1 million out of some 331 million Americans have received at least their first dose of Pfizer’s and Moderna’s two-dose vaccines, according to data compiled by the Centers for Disease Control and Prevention. More than 19 million have already received their second shot.

If approved, J&J’s application would be the third Covid-19 vaccine authorized for emergency use in the U.S. following those developed by Pfizer-BioNTech and Moderna. Pfizer’s vaccine was authorized on Dec. 11, and Moderna’s got authorization a week later. J&J’s vaccine requires only one dose, which would make logistics easier for health-care providers.

Such an authorization isn’t the same as a full approval, which can typically take months longer. J&J, like Pfizer and Moderna, has only submitted two months of safety data, but the agency usually requires six months for full approval. J&J is seeking authorization for use in people age 18 and older.

J&J has a deal with the federal government to supply 100 million doses of its vaccine by the end of June. Jeff Zients, President Joe Biden’s Covid czar, told reporters last week the company will likely not have a “big inventory” of doses ready before its U.S. launch, with only a few million doses manufactured.

Pfizer’s vaccine was found to be 95% effective against preventing Covid-19, while Moderna’s was found to be about 94% effective. Infectious disease experts pointed out that J&J’s numbers can’t be used as a direct comparison to the other two vaccines because it’s a single dose and the company’s trial was conducted when there were more infections as well as new, more contagious variants.