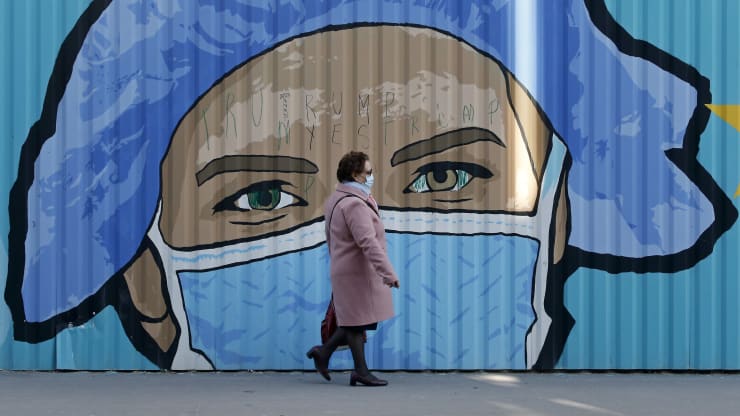 President Emmanuel Macron extended movement restrictions to cover the whole of France and said schools would close for three weeks as he sought to push back a third wave of COVID-19 infections that threatens to overwhelm hospitals.

Macron said he was extending the lockdown rules already in place in Paris, swathes of the north and parts of the south east to the whole country for at least a month, from Saturday.

“We will lose control if we do not move now,” the president said in a televised address to the nation.

The epidemic has killed 95,337 people in France and left intensive care units in the hardest-hit regions at the point of breakdown.

Schools will close for three weeks after Easter, which falls this weekend.

“It is the best solution to slow down the virus,” Macron said, adding that France had succeeded in keeping its schools open for longer during the pandemic than many neighbors.