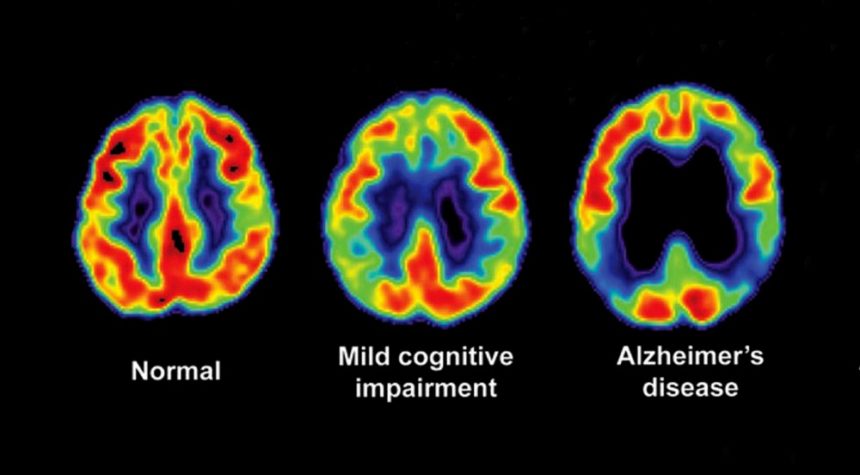 Researchers have identified a misfolded protein in the brain that may be ‘a possible Alzheimer’s mimic.’

The working group consists of scientists from a number of centers that receive support from the National Institutes of Health (NIH), together with colleagues from other countries.

The experts suggest that the public health impact of LATE on people in their mid-80s and older is probably about the same, if not bigger, than that of Alzheimer’s disease.

In a report that now features in the journal Brain, the group proposes the first definition of LATE and recommends guidelines for those who are concerned with diagnosis and furthering research.

How LATE differs from Alzheimer’s disease

The new report explains that while LATE has clinical features of Alzheimer’s disease, postmortem tests have revealed that it affects brain tissue differently.

TDP-43’s role in cells is to switch genes on and off for various functions. However, to do this, it must have the correct, folded 3D shape.

Another difference between LATE and Alzheimer’s disease is that the presence of badly folded TDP-43 often occurs with hippocampal sclerosis, a condition that causes loss of cells and tissue in the hippocampus.

The hippocampus is important for memory and learning, and people with hippocampal sclerosis can have symptoms of memory and thinking impairment that are similar to those of Alzheimer’s disease.

Understanding other causes of dementia

Nina Silverberg, Ph.D., who is director of the Alzheimer’s Disease Centers Program at NIA, co-chaired the workshop in which the expert group developed the guidelines. The workshop took place in Atlanta, GA, on October 17–18, 2018.

As well as scientists from the United States, the working group includes experts from Australia, Austria, Japan, Sweden, and the United Kingdom. Their expertise ranges from brain imaging and clinical diagnosis to genetics, neuropathology, and neuropsychology. 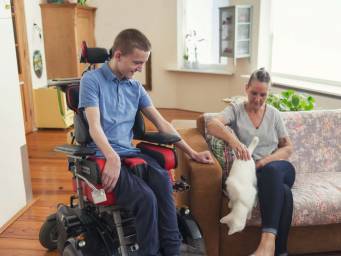 Silverberg explains that those working in the field have learned two things from recent clinical trials and research: “First, not all of the people we thought had Alzheimer’s have it; second, it is very important to understand the other contributors to dementia.”

A distinguishing feature of Alzheimer’s disease is the presence of a protein called beta-amyloid, which, like TDP-43, can also cause problems when it does not fold correctly.

As more and more evidence from postmortem tests has emerged, it suggests that many people who took part in clinical trials probably did not have beta-amyloid deposits, although their symptoms matched those of Alzheimer’s.

Silverberg says that it was the growing body of research “implicating TDP-43 as a possible Alzheimer’s mimic” that prompted the workshop as a need “to provide a starting point for further research that will advance our understanding of another contributor to late-life brain changes.”

The report details guidelines for diagnosing and staging LATE. It also recommends directions for further research.

It notes how LATE impairs several aspects of memory, learning, and thinking to eventually undermine a person’s ability to carry out day-to-day activities.

The experts believe that LATE does not progress as rapidly as Alzheimer’s disease. However, they suggest that when LATE combines with Alzheimer’s, the decline is likely to be faster than that of either condition on its own.

The report also highlights the need for routine autopsies to evaluate and classify LATE. The experts recommend the following staging, depending on where an autopsy locates TDP-43 in the brain:

The experts call for further studies to investigate how LATE develops and progresses; they also highlight a need for biomarkers and animal models of LATE.

They recommend that removing individuals with LATE from clinical trials of Alzheimer’s disease could make those trials more likely to succeed and break new ground.

The report also outlines the need to describe the characteristics of LATE more completely with the help of imaging, epidemiological, and clinical studies, and for those studies to cover diverse groups of individuals.

Dr. Hodes emphasizes that research would not have got this far — and indeed cannot progress further, “without those who are willing to donate brain tissue after death.”

“We are grateful for organ donors and their families, as well as all clinical trial participants, who truly are crucial to furthering discoveries that can lead to treatments and cures.”

How to Design an Online Banner for Advertising.

4 Reasons All Photographers Need To Sign Up With TOP.

3 Reasons Top Is A Leader For Ebooks To Read.

3 Reasons To Advertise With TOP as Soon As Possible.

2 Main Reasons To Think About Going With TOP Translation Platform

3 Steps To Getting Great Online Reviews.

The Importance Of Finding Great Photos For Any Website

Work on cell response to oxygen gets medicine Nobel.

The Rohingya’s Right of No Return.