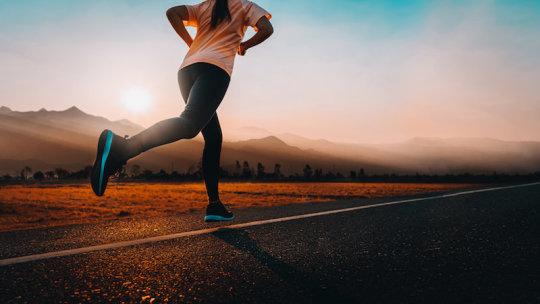 Any amount of running is linked to a significantly lower risk of death from any cause, finds a pooled analysis of the available evidence, published online in the British Journal of Sports Medicine.

If more people took up running — and they wouldn’t have to run far or fast — there would likely be substantial improvements in population health and longevity, conclude the researchers.

It’s not clear how good running is for staving off the risk of death from any cause and particularly from cardiovascular disease and cancer, say the researchers.

Nor is it clear how much running a person needs to do to reap these potential benefits, nor whether upping the frequency, duration, and pace — in other words, increasing the ‘dose’ — might be even more advantageous.

To try and find out, the researchers systematically reviewed relevant published research, conference presentations, and doctoral theses and dissertations in a broad range of academic databases.

They looked for studies on the association between running/jogging and the risk of death from all causes, cardiovascular disease, and cancer.

They found 14 suitable studies, involving 232,149 people, whose health had been tracked for between 5.5 and 35 years. During this time, 25,951 of the study participants died.

When the study data were pooled, any amount of running was associated with a 27% lower risk of death from all causes for both sexes, compared with no running.

Even small ‘doses’ — for example, once weekly or less, lasting less than 50 minutes each time, and at a speed below 6 miles (8 km) an hour, still seemed to be associated with significant health/longevity benefits.

So running for 25 minutes less than the recommended weekly duration of vigorous physical activity could reduce the risk of death. This makes running a potentially good option for those whose main obstacle to doing enough exercise is lack of time, suggest the researchers.

But upping ‘the dose’ wasn’t associated with a further lowering of the risk of death from any cause, the analysis showed.

This is an observational study, and as such, can’t establish cause. And the researchers caution that the number of included studies was small and their methods varied considerably, which may have influenced the results.

Nevertheless, they suggest that any amount of running is better than none, concluding: “Increased rates of participation in running, regardless of its dose, would probably lead to substantial improvements in population health and longevity.”

Get Started With Earning For Posting On Social Media. To more click >>> Theinternationalcampaigner

5 Reasons To Go With TOP for All Online Reputation Repair.

4 Benefits To Partnering With TOP Platform For Translation Services Work.

3 Simple Benefits for Advertisers to Registering with TOP.