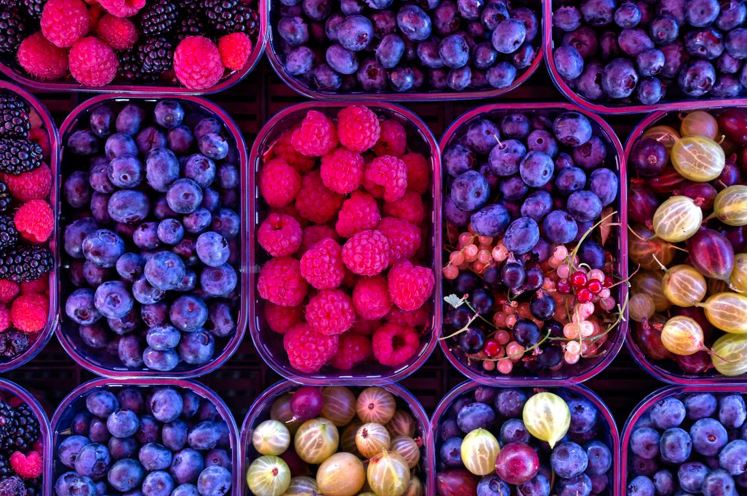 How do fruit and veg reduce colorectal cancer risk?

A study initially investigating aspirin as a preventive treatment for colorectal cancer coincidentally uncovered a mechanism that might explain how fruit and vegetables reduce the risk of developing this disease.

Worldwide, more than 1 million people receive a diagnosis of colorectal cancer each year. It is also the third most common cause of cancer death in the United States.

The risk factors for colorectal cancer include certain dietary factors, such as a diet rich in red meat, such as beef, lamb or pork, and processed meats, such as hot dogs. Other risk factors include having overweight and obesity.

Now, researchers have identified the potential of a flavonoid metabolite to prevent colorectal cancer. This compound occurs in fruit and vegetables, such as blackberries, blueberries, red grapes, apples, red onions, broccoli, pomegranate, strawberries, apricots, red cabbage, and peels of purple eggplant, as well as chocolate and tea.

From aspirin to fruit

Associate Professor Jayarama Gunaje and his team at South Dakota State University in Brookings were initially investigating aspirin as a way to prevent cancer. During their investigation, they uncovered new details about flavonoids and how they might prevent colorectal cancer. They recently published their findings in the journal Cancers.

Previous studies had identified that flavonoids, natural compounds in fruit and vegetables, inhibit cancer, but no one knew what made them effective.

“Our laboratory has been working on the mechanism of cancer prevention by aspirin (acetylsalicylic acid), a household drug that has been known to decrease the occurrences of colorectal cancers for over a decade,” Gunaje explained to Medical News Today.

“While investigating this phenomenon, we were conducting experiments on the role of aspirin metabolites and other derivatives of salicylic acid for their ability to inhibit cancer cell growth.”

During this process, the team discovered that 2,4,6-trihydroxybenzoic acid (2,4,6-THBA) — a compound produced when gut bacteria break down flavonoids — inhibits the enzymes involved in cell division.

Gunaje added that “Interestingly [2,4,6-THBA] is also present in small amounts in red wine, possibly [due to] the degradation of flavonoid compounds in grapes during the fermentation process.”

“Encouraged by these findings, we hypothesized that 2,4,6-THBA might be a contributor to the cancer preventive properties of flavonoids. Subsequent experiments proved that 2,4,6-THBA inhibits cancer cell growth in cells expressing a functional transporter protein (SLC5A8) in the plasma membrane,” Gunaje said.

“Thus, the initial studies on aspirin led to the studies on flavonoid compounds.”

Paving the way to a new treatment

“We have so many drugs to treat cancer, but almost none to prevent it,” says Gunaje. “Cancer is not going away, so we need to find ways to prevent it. That is why we are excited about the discovery of 2,4,6-THBA as an inhibitor of cancer cell growth.”

Once the researchers documented that 2,4,6-THBA, a derivative of salicylic acid in aspirin, could inhibit cancer cell growth, they set about searching for natural sources of this cancer-preventing compound, which led them to flavonoids.

Their theory was that it is the breaking down of flavonoids, rather than the parent compounds, which decrease colorectal cancer.

“However, these results have not been confirmed in animal models, which is a limitation of the study,” Gunaje explained to MNT.

Nonetheless, researchers maintain that the demonstration of the efficacy of 2,4,6-THBA as a cancer cell inhibitor is essential.

“We believe that this compound has the potential to be used as a drug for cancer prevention, although more studies (including testing on animal models and clinical trials) needs to be performed,” he said.

“Since the gut microflora contributes to the degradation of the flavonoids in the intestine, we are in the process of identifying specific bacterial species that can generate 2,4,6-THBA. These bacteria can then be used as a probiotic along with flavonoid supplements (already on the market) for cancer prevention.”

Gunaje concluded by reiterating the importance of including fruit and vegetables with flavonoid components as an integral part of the diet.

TOP platform is the best place to check first for freelancer jobs and ebooks to read.TOP Gives A New Opportunity To Earn With Its Ebooks Library.