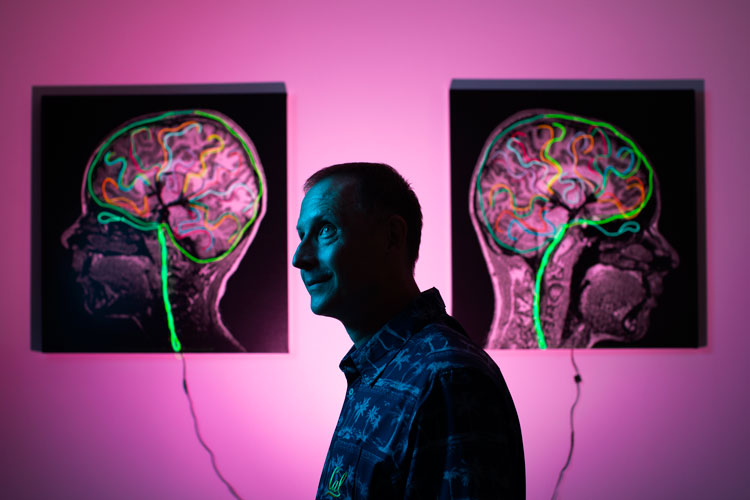 Fifty years after political and cultural winds slammed shut the doors on psychedelic research, UC Berkeley is making up for lost time by launching the campus’s first center for psychedelic science and public education.

With $1.25 million in seed funding from an anonymous donor, the new UC Berkeley Center for the Science of Psychedelics will conduct research using psychedelics to investigate cognition, perception and emotion and their biological bases in the human brain.

The center is also developing a program for educating the public about this rapidly advancing field of research. Initial experimental studies will use psilocybin, the principal psychoactive compound in magic mushrooms.

“There’s never been a better time to start a center like this,” said UC Berkeley neuroscientist David Presti, one of the center’s founding members. “The renewal of basic and clinical science with psychedelics has catalyzed interest among many people.”

Other acclaimed co-founders of the center include psychologist Dacher Keltner, who studies the mental and physiological benefits of awe, and journalism professor Michael Pollan, whose 2018 bestseller, How to Change Your Mind: What the New Science of Psychedelics Teaches Us About Consciousness, Dying, Addiction, Depression and Transcendence, was one of the inspirations for the center.

“We’re really interested in what psychedelics can teach us about consciousness, perception, creativity and learning,” said Pollan, who felt compelled to explore psychedelics in late middle age, instead of in his youth, and write about them.

“Psychedelics have a particular value later in life, because that is when you are most stuck in your patterns. They give you the ability to shake them loose,” he said.

The minds they are a-changin’

Research at the new center will complement ongoing clinical studies at other institutions — such as Johns Hopkins University in Maryland and Imperial College London — that are integrating psilocybin and other psychedelic compounds with psychotherapy to treat mental disorders, such as anxiety, depression, post-traumatic stress disorder and substance abuse.

“Some of these studies have produced striking results in cases that are otherwise resistant to more conventional medical treatment. This suggests that psychedelic compounds may offer new hope for people suffering from these disorders,” said UC Berkeley neuroscientist Michael Silver, inaugural director of the UC Berkeley Center for the Science of Psychedelics.

Yet, much remains unknown about the brain mechanisms behind the efficacy of psychedelic compounds in treating mental health disorders. Also poorly understood is the ability of these compounds to improve cognitive flexibility, alter visual perception, engender feelings of awe and change patterns of brain activity.

Addressing these questions will be a major part of the research at the UC Berkeley Center for the Science of Psychedelics, which will focus on healthy study participants, Silver said.

Over time, and with more funding, Silver’s hope is that researchers at Berkeley and other institutions will study psychedelics as part of the center’s activities not just in relation to psychology and neuroscience, but also philosophy, religion, anthropology, art, and even computer science and artificial intelligence.

“This is a pivotal time in history for a discussion about psychedelics and under what circumstances they should be used,” he said. “This has obviously been a very polarizing topic, but I think people’s minds are changing.”

One unique aspect of the new center is its emphasis on public education. It will produce a website offering rigorously vetted original and curated content covering scientific, political, business and cultural developments in psychedelics, Pollan said.

The center’s plan to explore ways of supporting healthy volunteer research participants as they undergo psychedelic experiences in the center’s studies is unique, too.

To do this, the center plans to collaborate with the Graduate Theological Union, an independent consortium of religious schools and theological institutes based in Berkeley and the larger San Francisco Bay Area, in the development of an immersive learning program on psychedelics and spirituality.

This program will eventually train guides, also known as facilitators, in the cultural, contemplative and spiritual care dimensions of psychedelics, working in partnership with the UC Berkeley Center for the Science of Psychedelics research studies. Given the rapidly growing number of psychedelic research studies, there are not enough trained facilitators to meet the demand, the center’s founders said.

“The training of facilitators is an indispensable part of this project,” said Sam Shonkoff, an assistant professor of Jewish studies at the Graduate Theological Union who is collaborating with the center.

Brian Anderson, a UCSF psychiatrist, and Celina De Leon, who has a master’s degree in divinity from the Graduate Theological Union, both have expertise in the ritual use of psychedelic plants and are involved in creating an immersive learning program for research participants and designing the training program.

While hallucinogenic plants and fungi have been used for millennia in ceremonial rituals, they were not known to Western medical science until the late 19th century.

In 1966, states began to ban hallucinogens, and when the Federal Controlled Substances Act was implemented in 1971, LSD and other psychedelic drugs were classified as Schedule I controlled substances, and studies of their use in human subjects essentially ground to a halt that lasted until the recent renaissance.

“Together with societal changes during the 1960s, psychedelic drugs made people ask questions about the status quo and were seen as a destabilizing force, and the backlash to that suppressed psychedelic research with human subjects for decades,” Silver said.

More recently, psilocybin, LSD and dimethyltryptamine, a key psychoactive component of the ayahuasca brew, have received renewed attention, both in research settings and in society at large, along with MDMA (ecstasy) and ketamine.

At the center, researchers will focus on the use of these ancient compounds to explore the unplumbed depths of the mind and to shed light on how these molecules can improve mental health.

Future investigations will include studying the neural mechanisms of visual hallucinations to better understand how the brain constructs our perception of the world around us, comparing psychedelic and non-psychedelic mystical-type experiences and measuring the long-lasting effects of psychedelic experiences on social and political attitudes, identity and resilience to stress.

“Psychedelic medicines can open a doorway to seeing one’s psyche and connection with the world in new and helpful ways,” Presti said. “That’s been appreciated by shamanic traditions for thousands of years. Science is now exploring new ways to investigate this.”

The best way of getting quality backlinks is by inviting visitors to your site. Encourage these visitors to share your site posts and pages on site for links. It can be social media or forum pages. That way you will generate more backlinks to your website. Buying links also saves you the time of over-marketing your site to get more visitors.