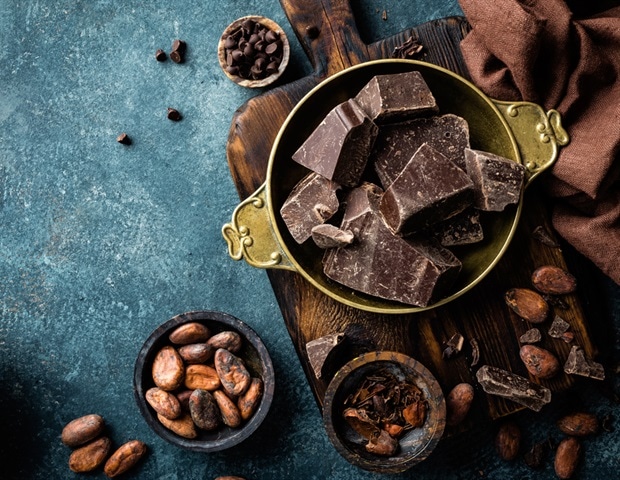 If you’ve been experiencing odor distortions after Covid-19, then ‘smell training’ could help you start smelling normally again – according to new research involving the University of East Anglia.

Parosmia is a symptom where people experience strange and often unpleasant smell distortions. Instead of smelling a lemon you may smell rotting cabbage, or chocolate may smell like petrol. The symptom has been linked to smell disturbance in Covid-19, as well as due to other viruses and head injuries.

A new paper published today shows that the presence of parosmia is associated with clinically relevant recovery in smell performance (identifying and distinguishing smells) in patients with smell loss caused by viral infections who are undertaking smell training.

Prof Carl Philpott from UEA’s Norwich Medical School, said: “Some degree of smell loss is thought to affect up to one quarter of the general population.

“Smell loss is also a prominent symptom of Covid-19, and we know that the pandemic is leaving many people with long-term smell loss, or smell distortions such as parosmia – this may now be as many as 90,000 people in the UK.

“For people with parosmia, the smell of certain things – or sometimes everything – is different, and often unpleasant. So for example, someone with parosmia could sniff at a cinnamon stick, but to them it would smell like something horrible – perhaps rotten food, or worse.

“Smell training involves sniffing at least four different odors twice a day every day for several months. It has emerged as a simple and side-effect free treatment option for various causes of smell loss.

“It aims to help recovery based on neuroplasticity – the brain’s ability to reorganise itself to compensate for a change or injury.

“We wanted to find out more about how it relates to the likelihood of recovery in patients with smell loss due to viruses.”

The research team worked with 143 participants who had experienced a loss or change in their sense of smell due to post viral infection.

The participants were tested for how well they could smell different odors at the start of the trial, and after six months of smell training.

We found that the presence of parosmia and worse smell performance on testing of odour identification and discrimination was associated with clinically significant recovery in smell function for people experiencing post-viral smell disorders.This means that smell training can help the smell pathways to start to regenerate and recover. We also found that older people in particular were more likely to start to recover their sense of smell. And that the biggest improvements happened in those that had lost the most amount of smell function in the first place.”

The research was carried out prior to Covid-19, however the researchers say their findings could be helpful to people who have lost their sense of smell as a result of the pandemic.

Investors, how would you like to be on vacation while at the same time conducting business deals?  Open an offshore company in Vanuatu and you will do exactly that!  Relax in a tropical paradise while making a profit.  Excellent! #topcompanyformation.com