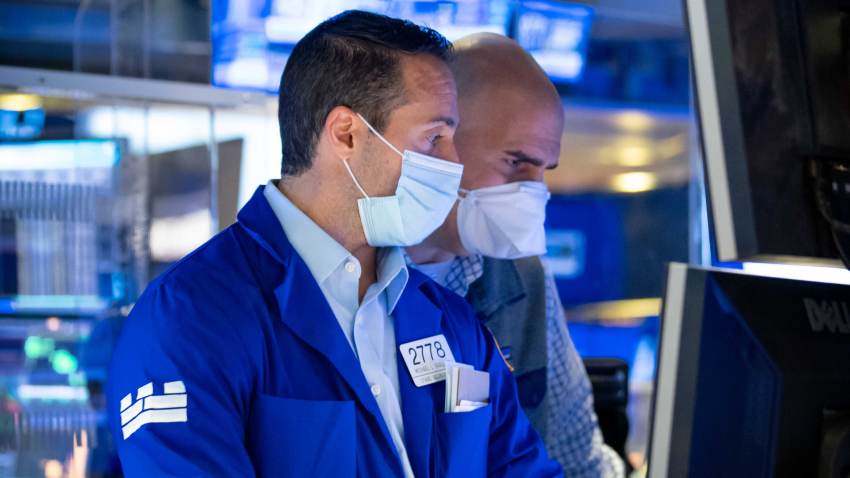 French and British officials are working to lift a ban on freight movement imposed by France amid continent-wide fear over a new coronavirus strain identified in the U.K.

U.K. Transport Secretary Grant Shapps has been urging drivers to avoid travelling through the affected counties of Kent, Sussex, and Hampshire. Passenger ferry and freight transport was also suspended at the major ports of Dover and Portsmouth, leaving several thousand ferry travelers stuck.

More than 40 countries have now suspended transport links with the U.K. after a variation of the coronavirus — which health officials say could be up to 70% more transmissible — was found to be sweeping the country.

Prime Minister Boris Johnson has effectively cancelled Christmas plans for much of the country and put some 17 million people under strict lockdown rules. The coronavirus has already killed more than 67,000 in the U.K.

Efforts between the U.K. and France “to find a resolution” to the freight disruption are underway, Patel told the BBC on Tuesday morning.

“You’ll hear later on today in terms of developments and updates,” she said, adding that getting truck drivers testing for Covid-19 at ports was part of the deliberations. Any resolution would need to be agreed to by Johnson and French President Emmanual Macron, and would begin from Wednesday, France’s minister for Europe said.

Transport for goods coming into the U.K. from France was still running, a Eurotunnel representative said Monday night, and unaccompanied freight trailers were still able to be shipped to France, Shapps said. The current ban affects accompanied freight.

The news and the Christmas lockdown have induced panic buying, leading to empty supermarket shelves in some parts of the U.K. Shapps said that shops remained well-stocked, but major U.K. chain Sainsbury’s warned that it could see shortages of certain fresh foods within days if the disruption remains.

The crisis comes just nine days before the U.K. is set to end its transitional period with the European Union, after voting to leave the bloc in 2016. At the time of writing, the two sides had failed to reach a new trade arrangement.

Experience the freedom you have always wanted in business, incorporate your new company offshore in Vanuatu today.  Easy to do. Very profitable.  More information available. #topcompanyformation.com