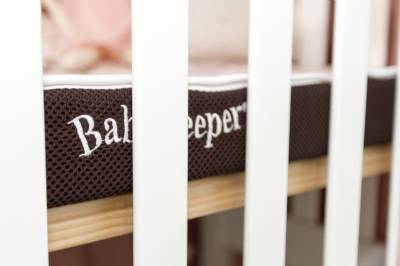 SPANISH scientists have invented a ‘smart mattress’ for babies which prevents and corrects skull deformities and can even reduce the risk of cot death.

The first baby mattress with a European medical kitemark and supervised by the Spanish Medicines Agency, the creation by ‘BabyKeeper’ is the brainchild of a team from the European Sleep Quality Institute (ESQI), all of whom are from Spain.

Among its latest-generation features, the mattress – which took five years of research to create – detects fever in infants and raises the alarm by changing colour, and also inhibits bacteria responsible for skin rashes.

Its structure is designed to reduce pressure on the back of the baby’s head so as not to adversely alter the shape when the skull bones are still soft and pliable, and also moulds it into the correct position if deformities are already starting to appear.

It has been recommended by the ESQI that babies should sleep face-up to decrease the risk of cot death through suffocation, but this has increased skull deformities in babies born in developed countries by up to 48%.

The result is sometimes a bulging of the forehead, reduction of size of one eye, an ear moving out of position or even the head being slightly bent round.

All of these can impede motor, visual and intellectual development and decrease attention span and learning ability.

Head of innovation at the ESQI, Dr Tomás Zamora, says a baby spends around 9,800 hours asleep in his or her first two years of life, meaning the quality of this sleep has a huge impact on infants’ development.

10 New Innovations That Could Change the World. To read more click zahlepost.com