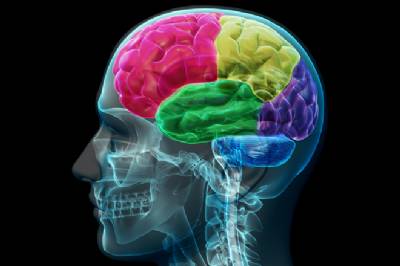 SCIENTISTS at a Madrid neurobiology laboratory have made a ground-breaking discovery as to the origins of Parkinson’s disease, throwing into conjecture previous assumptions about where the condition starts.

The HM CINAC, or Integral Centre for Neurosciences, says the disease may not, in fact, ‘spread’ to the cerebral cortex as its ‘final destination’, as has hitherto been believed: it could be that this is where it starts.

This would explain why Parkinson’s starts off with motor issues, or problems affecting general movement, speech and the body’s outward physical activity.

A neurodegenerative condition characterised by rigidity, slowness and trembling – although the latter may not always be present, especially in young victims – has largely been explained by the death of ‘black mater’ neurons, or nerve sources in the part of the brain that generates dopamine, a brain chemical associated with the feeling of being ‘switched on’ and ‘positive’ and an over-firing of which is thought to be behind delusional disorders such as psychosis and schizophrenia, as well as attention deficit-hyperactivity disorder (ADHD).

The loss of neurons in the dopamine or ‘active’ and ‘feel-good’ part of the brain has never yet been explained, but the HM CINAC scientists believe it is not a localised phenomenon: instead, it is a ‘stage on a more complex pathological journey which literally progresses in a bottom-up direction’.

Explaining it more in layman’s terms, Dr José A Obeso and Dr Guglielmo Foffani compare the brain to a tree.

“The illness starts in the bottom of the trunk, at which point it is asymptomatic, then rises to about halfway up, when early signs start to show,” Foffani and Obeso say.

“It eventually spreads to the leaves – which is the brain cortex – and that’s when you see the most advanced cases.”

Symptoms most typical of Parkinson’s tend to manifest themselves in a very ‘localised’ or ‘focal’ manner, such as a slow-moving leg or a trembling hand, but the disease may have already been present before any of these occur, Dr Foffani and Dr Obeso say.

The motor area and somatosensory area – responsible for voluntary actions, movements and responses – are the parts of the brain containing ‘the best and most detailed map of the rest of the body’, and these could be the parts which suppress vulnerable dopamine-transmitting neurons and cause them to degenerate.

“This theory is disruptive in terms of existing beliefs about the origin of Parkinson’s, but does not necessarily break away from current hypotheses; rather, it could coexist with these and even contribute to developing new and possibly less-invasive forms of treatment,” the research paper says.

Considering the discovery ‘very valuable’, the HM CINAC team have started a series of experiments to falsify their theories.

Nano-robots swarm behavior: will this nanotechnology improve the implementation in the Medical Field. To read more click sirius-energy.com